by yalenonprofitalliance | Jul 3 | All Chapters | 0 comments 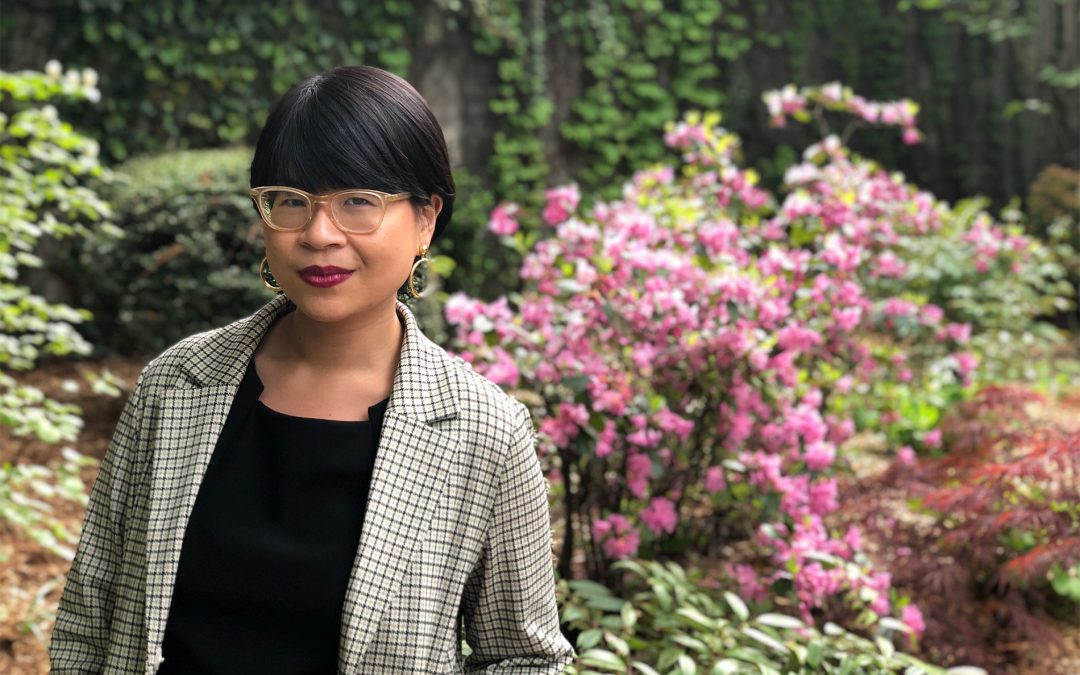 The Yale Alumni Nonprofit Alliance (YANA) and Dwight Hall at Yale are pleased to announce the recipients of this year’s YANA-Dwight Hall 2019 Summer Fellowship:

Trinh Truong ‘19 — Combatting the deportation of asylum-seekers and immigrants in her hometown of Utica and the broader central New York region, an area where there are only a handful immigration attorneys within several hours’ drive. Trinh will be working closely with immigration advocacy groups in her community, particularly the Mohawk Valley Latino Association, to build a network of allies prepared to fight to keep families together and safe from deportation.

This summer, Trinh will be helping individuals and families to navigate immigration processes; organizing a rapid-response refugee and immigrant defense network; creating and distributing multilingual know-your-rights educational materials; and organizing local congregations to create sanctuary spaces. Trinh’s work will take her across the state to urban cities as well as the rural farms of New York dairy country.

Trinh’s summer fellowship continues the grassroots community organizing and advocacy that she started at the age of 13, when she planned her first protest against public education cuts. In high school, Trinh organized an educational justice movement in Upstate New York that focused on improving the quality of public education particularly for immigrant and refugee students. During high school she was appointed to the board of the Central New York chapter of the American Civil Liberties Union, the youngest person to hold such an honor.

In New Haven, Trinh maintained her commitment to refugee and immigrant rights. She tutored refugee and immigrant students with New Haven Reads and with Students of Salaam. Through the Schell Center at Yale Law School, she helped create and teach a human rights workshop for students at Wilbur Cross High School. She has also been involved with the Yale Refugee Project and served as an Urban Fellow at Dwight Hall with the Immigrant Bail Fund, researching ICE enforcement patterns, aggregating a pro se defense curriculum for asylum-seekers, and helping to bond immigrants out of pretrial detention. During her summers at Yale, she has interned at Alliance for Quality Education, the Mohawk Valley Resource Center for Refugees, and the Southeast Asia Resource Action Center.

Trinh seeks to obtain a JD and PhD to continue advocating for better immigration law and policy, with the hope that one day she will be able to assist her community in central New York. In September, she will be moving to Cambodia to do transnational political advocacy with Southeast Asian refugees who have been deported in efforts to reunite them with their families.

Luisa Graden ‘20 — Civil Rights Division of the Department of Justice, Federal Coordination and Compliance Section, which works to ensure that courts, correctional facilities, and law enforcement are adequately meeting the needs of non-English speakers, Washington, DC.

Hailing from the Idaho panhandle, Luisa is one of only 8% of the Yale undergraduate body from rural regions, which are often entrenched in poverty and lack many resources for upward mobility. Luisa has been working with New Haven Legal Assistance (NHLAA) since the fall of 2017, an experience that has since defined her life’s path. Working closely with undocumented woman victims of severe domestic violence, Luisa developed close relationships that enabled her to better detail the kinds of experiences of stalking, abuse, and assault her clients experience.  Luisa has been a primary advocate in over 15 cases involving survivors of crimes such as human trafficking, childhood neglect, state torture, sexual abuse, gang violence, and kidnapping.

While working on these cases, Luisa identified several systemic challenges that impeded survivors from accessing the help they needed and took steps to improve them:  (1) The insurmountable barriers that non-English speakers face in the justice system, from their initial interactions with law enforcement to the inability to locate, or understand availability of, mental health care and other resources, the providers of which are unable to accommodate non-English speakers. Luisa drafted a bill that addresses weaknesses in law enforcement language access policies that she and her supervisor are intending to submit to the Connecticut General Assembly. She also founded the Yale Interpretation Network (YIN), an organization that provides pro-bono language services to local nonprofits with the goal of increasing the accessibility of resources to the immigrant community.  (2) The challenge for survivors who are often isolated from community resources that could ameliorate their circumstances, primarily due to a lack of easily-accessible information about available social and other services. Luisa thus created the Resource Access Mapping Project (RAMP), a free digital platform that connects service providers and marginalized populations to community resources. The app maps services like legal aid, English classes, and food pantries and provides information such as location and eligibility. As Director, she has grown RAMP into a 40-person community based organization (CBO) comprising students, faculty, and community members.

Luisa plans to pursue a career in public service, specifically related to family health and immigrant rights. She intends to pursue a joint JD/MSW as a means to combine the skills and empowerment she will gain from knowledge about the law with skills in community organizing and clinical services. that works alongside communities of low-income and working class Latinos — many of whom are recent immigrants — in Bridgeport and Hartford.

On campus Nicole spent a significant amount of time focusing on community-building efforts and advocating for the needs of students within marginalized spaces on campus, including but not limited to: first-generation and low-income (FGLI) students, queer students, and students of color. Nicole also focused on communities outside of the Yale campus in New Haven through teaching an urban studies summer class in the Ulysses S. Grant Program for local New Haven elementary and middle school students. She also spent a summer in the Washington Office of Latin America (WOLA), a nonprofit think tank that advocates for human rights in Latin America, where she worked in the citizen security sector, conducting research on the conditions of political violence that is inciting the large rush of migration from Central America to the United States.

Nicole’s experiences and education at Yale have led her to focus on “the urgency of grass-roots coalition building” as a complement to advocating for more government resources and better policies. At Make the Road CT, Nicole will be working with the Madres Guerreras (i.e., Warrior Mothers) team to craft campaigns to advocate for better language equity services for both  students in special education programs and the non-English speaking parents of students. She is also hoping to work alongside the Puerto Rico Advocacy team to urge local governments to improve public housing resources for those displaced by Hurricane Maria and its aftermath, who are at chronic risk of homelessness.

Nicole hopes her summer internship will allow her to become more familiar with Connecticut’s history and stance on these aforementioned issues before heading to law school so she can further support the larger immigrant and refugee community. Nicole intends to obtain a JD/PhD to better understand the U.S.’s complicity, through military and economic policies, in current and rampant cases of corruption, impunity, and human rights violations in Latin America. She seeks to pursue a career in law to advocate for immigrants and ensure accountability for responsible parties.

These three outstanding individuals were chosen from a highly selective pool of 15 applicants. All of them have extensive experience in social impact both during the academic year and summers.  They bring diversity of ideas, circumstances, and background. Each of these Fellows, and many of the applicants whom we were not able to fund, would not have been able to pursue their public service internships without the financial and other support from YANA and Dwight Hall.  We congratulate Trinh, Luisa, and Nicole on their work and focus and look forward to working with them this summer and in years to come.