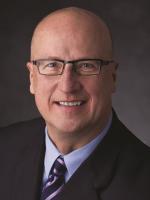 Q: Are things changing for the funding in the arts?

A: $335.17 billion was given away in the United States in 2013. This was an increase of 4.4 percent over the previous year. Giving to art, culture and humanities came to a crashing halt during the Great Recession of 2009-10. But is now coming back strong.Over the last two years, giving to the arts has increased 16.2% in current dollars! In 2013, $16.66 billion dollars went to the arts. People are back in the game in a big kind of way.

My thoughts are that when the recession hit, people shifted giving to social services in order to take care of “basic” human needs. But once the recession starting clearing up, people realized that the “soul” of life that they cared about deeply, such as art, etc., is important to them, and they began to give again and it is going strong.

Q: What should someone seeking funding know and where should he or she look? Who are the “new” funders?

A: Individuals give away 87% of all money given to non-profits. This includes outright gifts, bequests, and family foundations. Most giving to arts comes from the top 3% wealthy Americans — more than any other sector of society.

Non-family controlled foundations only give away 8% of all the money given away.The biggest mistake that organizations make is not developing a relationship with a program officer before you submit an application. Always talk with someone at the foundation first to find out how your organization can work with the foundation to help them meet their funding goals. If you have a program officer working for you when the grant application is received, you will have a much better chance of succeeding.Neither Ford nor Gates is considered a family foundation. They have full time professional staffs and the staff makes the decisions. Don’t be misled by the name of the foundation. The right way to ask is to listen to the donors and find out what they are interested in. Then outline your project and ask them to fund it.

Q: What do you see as the future of government’s role in arts funding?

A: It keeps going up and down but the trend-line is down. I do not think we will see this increase anytime soon. We must all get more involved in advocacy in order to change opinion of public participation in public funding.

Q: Who has the funding advantage—small companies, individual artists, and start-ups, or traditional large institutions?

A: The funding advantage will go to whomever makes the “ask.” It does not matter if it is a small start-up or a large institution, it is the group that puts together a compelling case for support and actually cultivates prospects and then asks them for the gift that will get it. The biggest mistake arts groups make in asking for money is that they don’t ask in the right way and they just don’t ask at all. Being asked is the number one reason why people give.

Q: What do you think of crowdfunding? Do you know anyone who has had personal experience in getting funding through it?

A: Crowdfunding is still new and we are learning. There have been a couple of good successes with it but it still costs so much to raise a dollar this way. It is the wave of the future and the industry will figure it out quickly.

James R. Hackney, Jr. ’79 MAR, is  Senior Director of Development, Yale Divinity School. Contact him at Yale Divinity School, 409 Prospect Street, New Haven, CT 06511. Office: 203-432-5363; email: James.Hackney@yale.edu.Prior to returning to Yale, Jim was Managing Partner of Alexander Haas, a fundraising consulting firm based in Atlanta, where he oversaw the firm’s cultural division. In the past few years, he has helped clients all over the United States raise more than $800,000,000. In 2012, Jim was named an Arts Envoy by the United States State Department and was sent to Greece to train cultural organizations how to raise private funds. He is currently on the Board of Directors for the American Alliance of Museums and is past president of the Art Museum Development Association. He also serves as a Trustee of the American Craft Council. In 2011 he was named to the board of the Center for the Future of Museums; AAM’s think tank. He was interviewed by The New York Times for their annual March issue on funding for museums.