by yalenonprofitalliance | Sep 8 | All Chapters | 0 comments 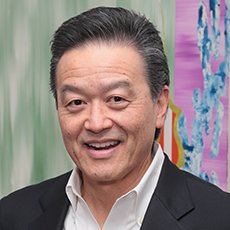 Ken is an exemplary leader whose visionary and impact-driven approach has inspired scores of alumni to engage with Yale in new ways. Most significantly, in 2011 Inadomi founded the Yale Alumni Nonprofit Alliance (YANA), which unifies and leverages the power of Yale’s nonprofit network for the greater social good. Based in New York, the alliance has chapters in several other regions, including New England, San Francisco, and Washington, D.C., making YANA a major resource supporting students and alumni involved in or seeking involvement in social impact. Inadomi is also co-chair of the Yale Alumni Task Force on Diversity and Inclusion, which is developing strategies for enhancing alumni initiatives for greater diversity, equity, and inclusion in the Yale community worldwide. In addition, he was instrumental in the successful launch of Yale Alumni College, a lifelong learning initiative with several locations. Other key roles have included Association of Yale Alumni Board of Governors, Reunion Gift Committees, and Yale Alumni Fund Class Agent.

Read More about the Yale Medal