Tour of “Photographic Justice: A Tribute to Corky Lee” 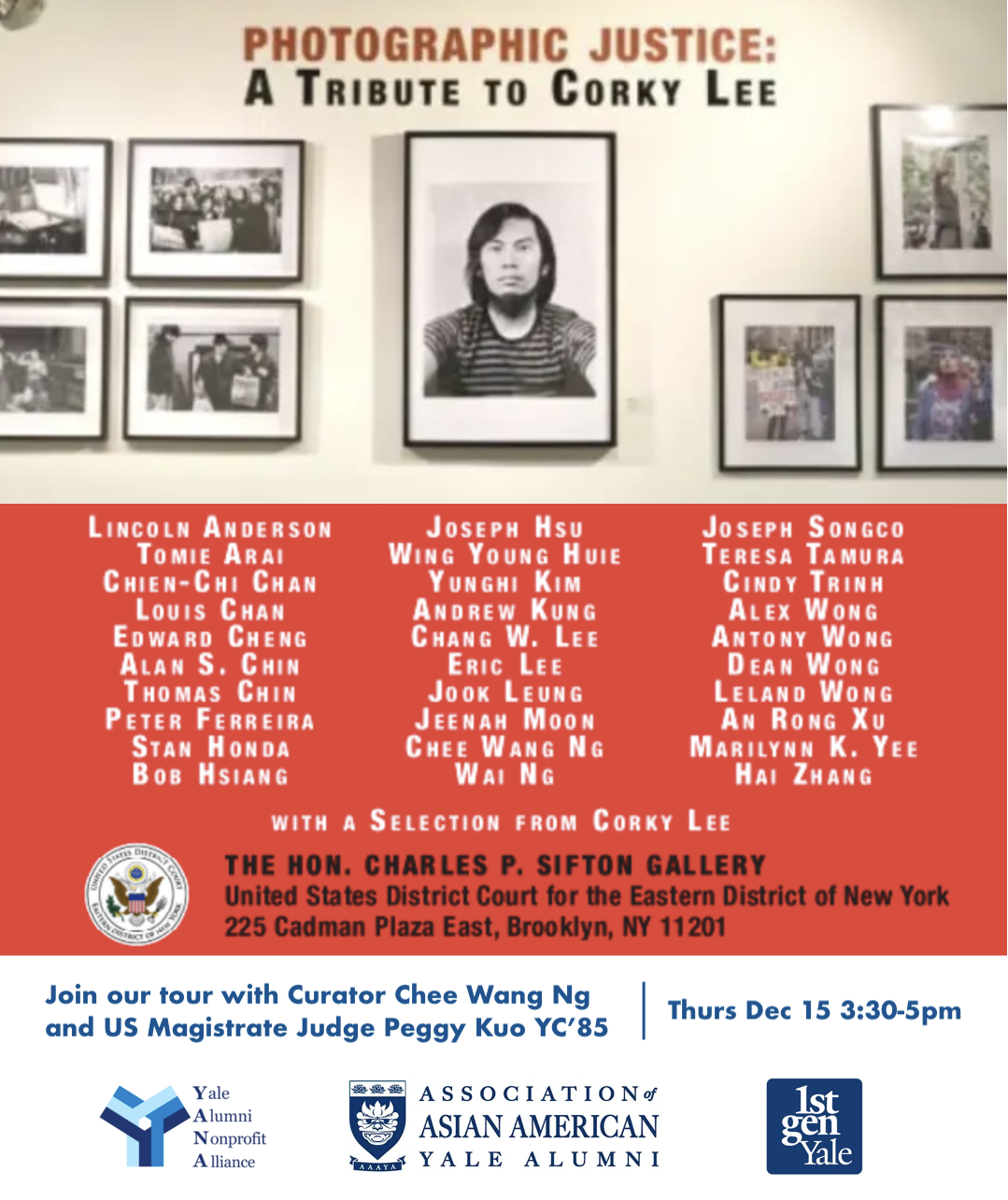 Join us for a tour of Photographic Justice: A Tribute to Corky Lee with Curator Chee Wang Ng and US Magistrate Judge Peggy Kuo YC’85
Thurs Dec 15, 3:30pm-5pm
225 Cadman Plaza East, Brooklyn, NY 11201
The Hon. Charles P. Sifton Gallery on the first floor of US District Court for the Eastern District of New York
Register for the event here: https://forms.gle/43g4hyJ1TqX9iHR6A
Curator Chee Wang Ng will recount Corky’s legacy in the Asian American community and his impact on artists who have contributed to this exhibition. As part of the event, US Magistrate Judge Peggy Kuo YC’85 will be offering a tour of the courthouse, including the Ceremonial Courtroom where naturalization ceremonies take place.

Thirty photographers from across the United States pay homage to their beloved friend, colleague, and mentor Corky Lee, who passed away on January 27, 2021 due to complications from COVID-19. In addition, the Estate of Corky Lee lent a select number of photographs from its archives for the exhibition. The photographs on view are rich and diverse in perspective; together they pay tribute to Lee and his life’s service to Asian communities across the United States.

Lee was a passionate Chinatown community activist and a self taught photographer. During his extraordinary fifty years of covering an incredibly varied range of Asian American community life, Lee became known as the “Undisputed, Unofficial Asian American Photographer Laureate.” Lee inspired a generation of Asian American photographers and community activists to document the life and struggles of everyday Asian Americans and fight against injustice, inequality, stereotyping, and discrimination. He was one of the founding members of the Basement Workshop, and was instrumental in the formation of the Coalition of Asian Pacific Americans. In 2014, he staged a reenactment of the 1869 Golden Spike ceremony, which marked the completion of the Transcontinental Railroad. He called this gathering of Asians and Asian Americans at Promontory Summit, Utah an act of “photographic justice.”