YASC and the Arts: The Importance of Arts Education and Programming for Children

YASC and the Arts: The Importance of Arts Education and Programming for Children 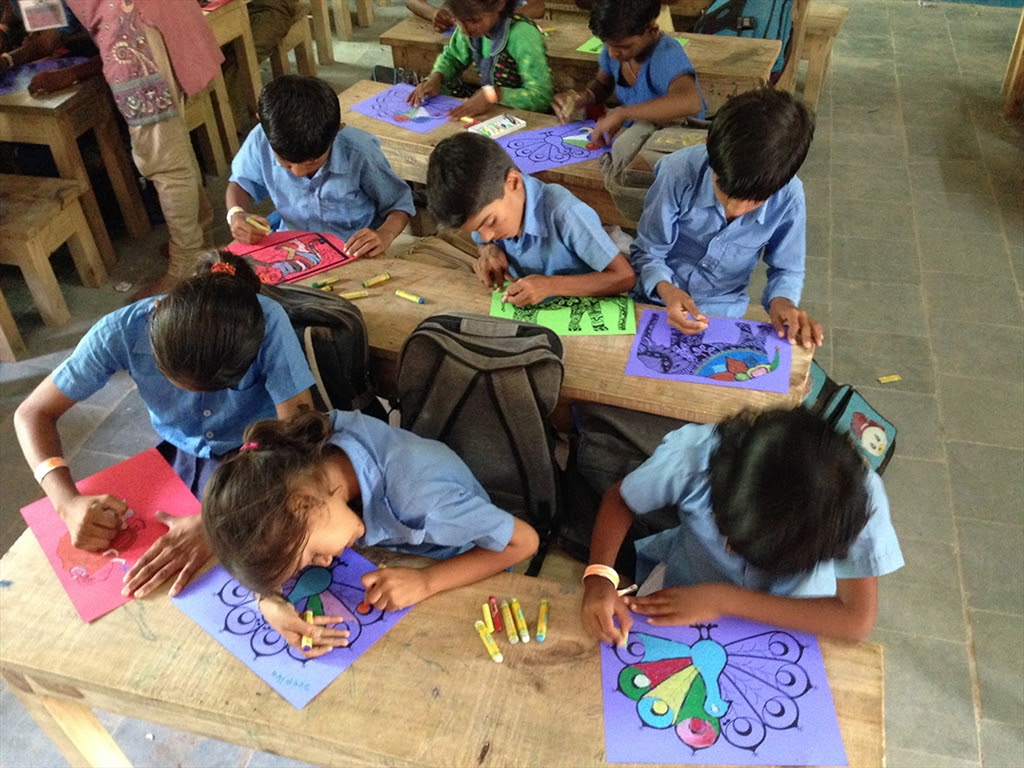 Art is an important form of communication and an integral part of every student’s education. Most children start out as visual communicators, which makes art one of their first opportunities to make their mark on the world. Art also creates social connections and allows children to communicate in powerful ways.

Join us for this insightful conversation on the transformative power of the arts for children.

Founded in 1988 and located in the Manhattan neighborhood of SoHo, CMANY unites children and artists to create and share ambitious artwork with their communities and the world.

Anne Beidler has been on the faculty of Agnes Scott College in Atlanta since 1992, where she is a professor in the Department of Art and Art History. She has been a practicing artist, scholar, and teacher for more than 30 years. Beidler’s work has been selected for inclusion in exhibitions throughout the United States, including The School of the Art Institute of Chicago, Joan Flasch Artist’s Book Collection in Chicago, The Fine Arts Library at Cornell University, The Hudgens Museum in Atlanta, The Kennedy Museum at Ohio University, and internationally at The Hollar Gallery in Prague, Czech Republic (among others www.abeidler.com). Recently, her work was was included in the international exhibition: The Book as Art: Flight Edition at Hartsfield-Jackson Atlanta Airport concourse E. Beidler, her husband Jon Neiditz JD ’85, and their two daughters, Hannah and Qiu-ee, have joined YASC trips to China and twice to India.

Seth Cameron was appointed executive director of Children’s Museum of the Arts in February 2020. An artist, educator, and curator, Cameron co-founded the celebrated artist collective, The Bruce High Quality Foundation (est. 2001), and directed the group’s free art school, BHQFU, from 2009 to 2017. From 2004 to 2007, Cameron served as creative director of the Lower Manhattan Cultural Council, curating the provocative multi-site exhibition, “A Knock at the Door,” mining artistic censorship in the aftermath of the 9/11 attacks. Cameron has lectured extensively across the U.S., advocating a de-institutionalization of arts education, and has taught theory and practice, intermittently, at his alma mater, the Cooper Union for the Advancement of Science and Art.

Georgia Goldberg is an artist who trained and practiced initially as an architect. She studied art at Yale College (departmental honors, magna cum laude) and at Princeton University, where she earned a Master of Architecture degree. Her work has been exhibited in museums and galleries throughout the U.S. and is in collection at the U.S. Embassy in Sarajevo, among others. She teaches art and architecture at colleges in the San Francisco Bay Area and on the Eastern Shore of Maryland and has studios in both locations. Her installations and drawings collaborate with natural phenomenon such as soil, wind, water, and light and also imagine planet landscapes. While still concerned with nature’s beauty, she recently began a series of abstract drawings mapping the Underground Railroad, lynchings, and police killings of Blacks. On service trips with YASC, she has taught first to third graders color theory based on the Albers course she took at Yale.

Danielle Lindenberg joined CMA in July 2019 as director of community and school programs. She is an arts administrator and educator, having most recently served as the manager of residency programs at Studio in a School from 2016 to 2019. She started her career as a sixth grade teacher at PS 123, an elementary school in central Harlem, through Teach For America. After leaving the classroom and working for a number of years on staff at Teach For America, Lindenberg returned to the arts and attended Columbia University, where she earned a master’s degree in Arts Administration in 2015. Her thesis focused on examining arts education practices and programming at cultural institutions across New York City. She also holds a master’s in teaching from Pace University and a bachelor’s in Art History from the University of Wisconsin.

Arikha Moses spent more than 20 years as a serial entrepreneur and executive for medical device companies. She was the founder and chief security officer of TyRx (now Medtronic Infection Control) and Galatea Surgical. She has commercialized multiple drug-eluting biodegradable implantable devices that have been used in millions of patients worldwide. She currently serves as an advisor and investor to early-stage companies dedicated to innovation in biomedicine and sustainability. She serves on the board of YASC and as an agent for the Yale Graduate School of Arts and Sciences alumni fund. Moses received a PhD in Chemistry from Yale, a BA with honors in chemistry from Brandeis University and has more than 40 issued patents.