THE ANDREW GOODMAN FOUNDATION’s (“AGF’s”) Maxim Thorne ’89, Law ’92 and David Goodman, the Managing Director and President respectively, participated at YANA’s New York Monthly Meeting in May 2019 meeting at the Yale Club in NYC.

Civil and Voting Rights martyrs Andrew Goodman, Michael Schwerner, and James Chaney left a legacy that continues to inspire young people today. The Ku Klux Klan’s assassination of these 3 young men during Freedom Summer 1964, while they were attempting to register African Americans to vote in Mississippi, changed our nation. It catalyzed a movement that eventually helped secure the passage of the Voting Rights Act of 1965. AGF, a 501(c)(3) operating non-partisan public charity, carries on their work. Our mission is to make young voices and votes a powerful force in democracy. AGF aims to increase youth civic power and voting rates on college campuses through organizing, advocacy, and litigation.

At the heart of our work is the belief that young people can have an extraordinary impact on decision-making in our country. Young people have been at the forefront of the Civil Rights Movement, the gun-reform movement, sustainability movement, women’s rights movement and a myriad of other projects that propelled political equity and social justice. It is critical that young voices and votes become a central part of our democracy.  And with the very consequential Presidential Election in 2020, The AGF has staked out the ground to ensure that young peoples’ promise will be fulfilled. 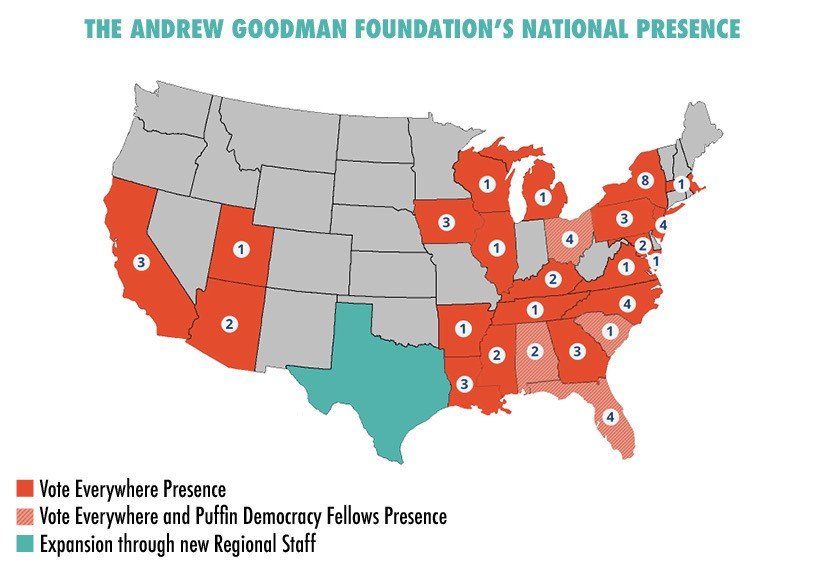 When Florida banned early voting from any college campus, AGF successfully sued in federal court in June 2018. This resulted in 9 counties in Florida agreeing to establish 12 early voting sites on campuses where approximately 60,000 people voted early, changing impacting the outcomes of certain races. AGF’s pending lawsuit Tennessee asks the federal court to find unconstitutional Tennessee’s draconian criminal and civil penalties for voter registration drives that are chilling young people from participating. AGF operates in 25 States and Washington, DC, including partnering with 60 college/university campuses, with significant focus on low-income students and students of color in the South and competitive states. In the 2018 Midterm elections, many campuses evidenced record youth turnout in large part by AGF’s focus on removing voting impediments, registering students, and innovative GOTV.

More about the Andrew Goodman Foundation 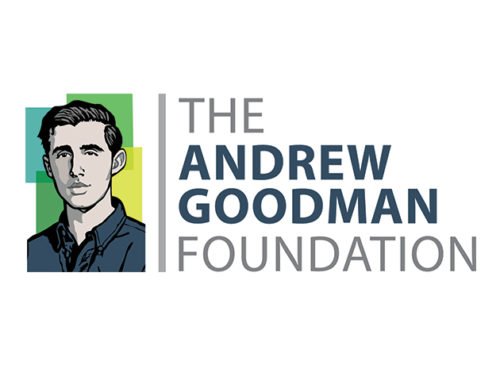